In the first lesson, we discussed the basic properties of light: its color value, measured in degrees kelvin; and its brightness, measured in lux or foot-candles.  However, there is another measure of light that you will probably hear discussed in relation to photography and video: the “stop.”  It’s common to hear photographers talk about gaining or losing a stop of light – so how much light constitutes a stop?

Here’s a chart breaking down the stop measurements across ISO, shutter speed, and aperture: 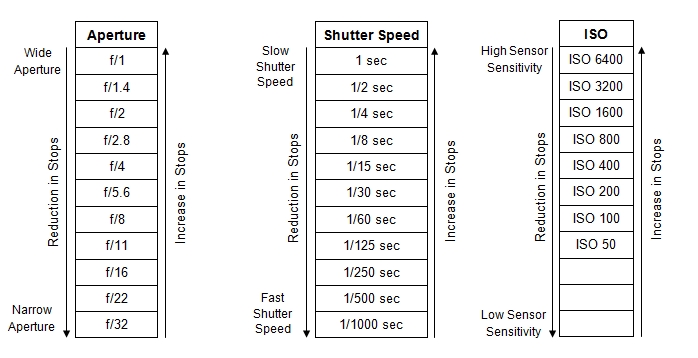 Measuring light in stops is useful because it allows us to compensate these various factors and maintain the same exposure.  If I decide to move from f/4 to f/2.8 to gain a shallower depth of field (going up one stop), I can compensate my changing my ISO from 400 to 200 (going down one stop).

Thinking of light in terms of stops can be a bit confusing at first, but it’s really useful for getting – and keeping – proper exposure with your camera.  As we start to experiment with different lighting setups, we’re also going to need to make sure that the cameras we use are getting the images we want.  That means controlling the exposure.

One of the most valuable tools for getting correct exposure and creating different lighting looks is the light meter.  Here’s a short video showing a light meter in action:

We have two light meters in our equipment collection: a digital meter and an analog meter.  The both do the same thing, but you operate them in slightly different ways.  Here are video instructions for both:

You’ve probably heard the term “three point lighting” about a million times.  It’s often described as a “basic lighting technique,” but I think that description is actually a bit misleading.  Saying that three point lighting is a “basic” technique implies that there are more advanced methods that presumable use more lights: say, five point intermediate lighting and seven point advanced lighting.  That’s not the case.

When you are outside, you are probably being primarily illuminated by the sun – that makes it the key light.  The sun can be a hard or a soft light, depending on the weather and time of day; overcast days are generally considered great for filming, since the light is diffuse and flattering.

Depending on the sun’s location, it will cast shadows on one side of your face or the other, but these shadows are softened by the other lights in the environment: either light from the sun that has been reflected off of other objects or other sources of nearby illumination.  These softening lights are the fill.

Finally, there is almost always light coming from behind you – usually either the sky or some reflected light from the sun.  If this light overwhelms the light of the sun (the key light), you will be silhouetted; if it is fainter, it will wrap around you from behind as a rim of light.  This is the back light.

You don’t need to go far to find this “natural three point lighting” – the next time you are outside, just take some time to look at the patterns of light and shadow on the people around you. 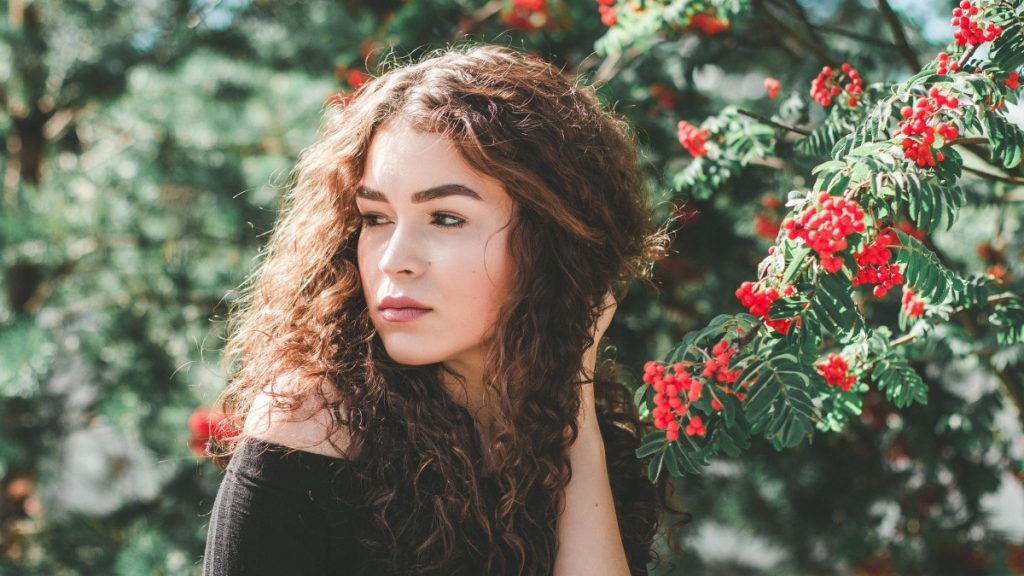 In the studio, we don’t have access to the natural three point illumination of the sun, so we replicate it as best we can.  We use a key light to illuminate the face, a fill light to soften the shadows, and a back light to illuminate from behind.  This method looks natural because it replicates what we see in nature.

Here’s a video analysis by wolfcrow on how and why three point lighting works:

For a very quick overview, here’s a brief video from Full Sail.  There are about a million three point lighting tutorials out there, but this one is concise and accurate.

Contact ratio is incredibly important because it can really help establish the mood of a piece.  You will often see a high contrast ratio on highly dramatic or tense films.  Look at how dark the shadows are on Marlon Brando’s face in this shot from The Godfather. 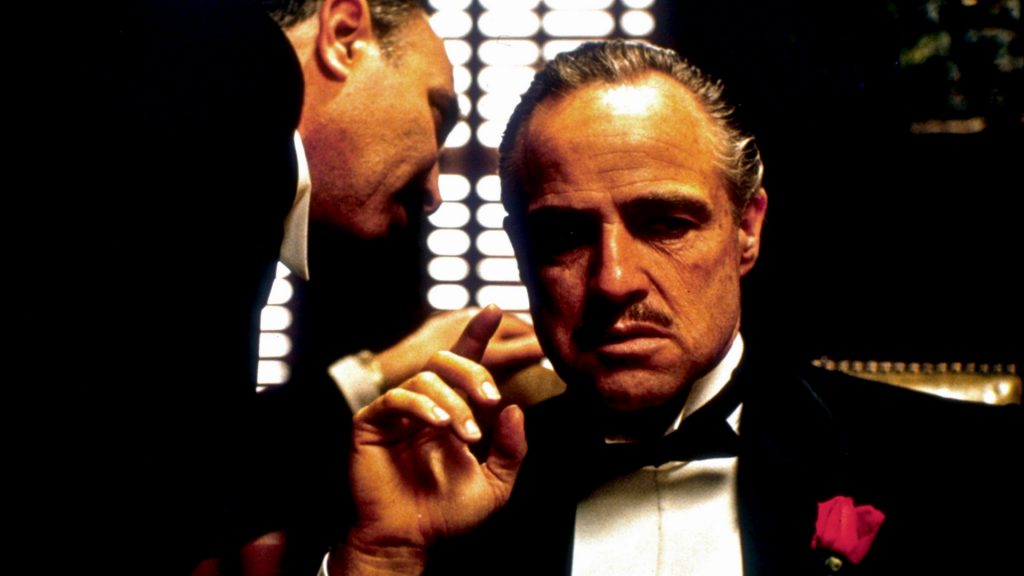 A low contrast ratio is often used on films that are meant to be lighthearted, such as comedies.  Since low contrast lighting is usually flattering, it’s also used on romances.  Look at how even the lighting is in this shot from Mean Girls. 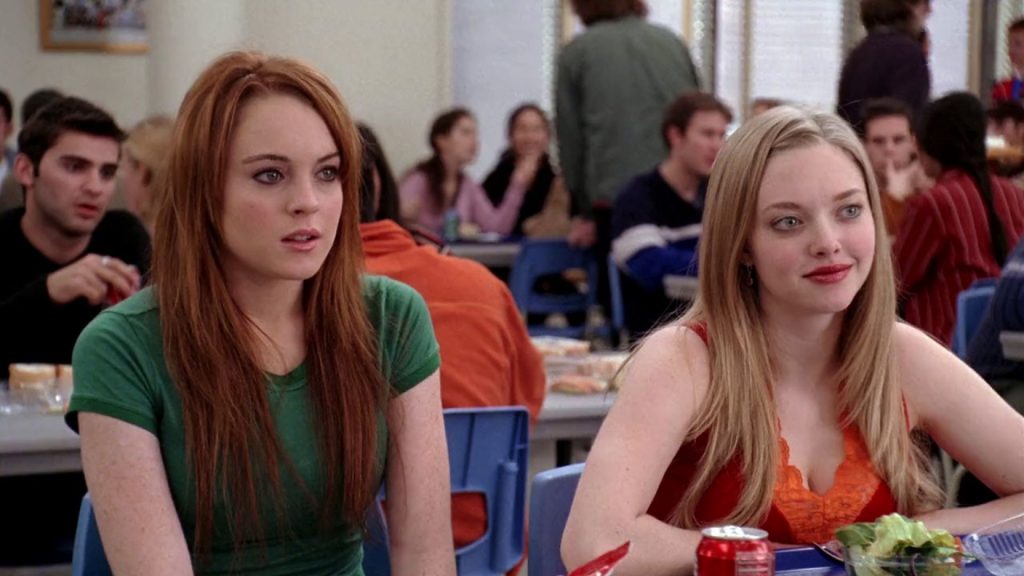 Project 2: Faces In The Dark

For the next project, we are going to work as a group.  Set up a key, fill, and back light in front of a black backdrop.  Using the same key light, we’ll adjust the fill to create different contrast ratios: low contrast (less than 4:1) for high key shoots, average (around 4:1), and high contrast for low key shoots (greater than 4:1).  Everyone should take turns being in front of the camera so that the entire group gets a chance to operate the equipment.