At this point, we’ve spent some time discussing fundamental lighting setups, equipment, and the use of color.  Next, we’ll start looking at more specialized equipment that can be used to create stylized looks.  A lot of that comes down to our ability to shape light effectively.

We know that a light’s size and distance affects the hardness of the shadows it casts: lights that are small and/or far away cast hard shadows and lights that are large and/or nearby cast soft shadows.  As we look at examples from different genre styles, think about the hardness or softness of the shadows being cast, as well as the contrast ratio between the light and dark areas.

However, we have additional tools for controlling where light falls within a frame.  Flags, gobos, cookies, and barn doors are pieces of equipment with weird names that all do the same thing – block and control the light being emitted.

A flag is simply an object that blocks light.  It can be virtually any size and it can be used to control light spill, prevent lens flares, or simply create negative fill.  Cookies and gobos are both light “stencils” – they have opaque and transparent areas that create a pattern when light shines through them.  Cookies and gobos can be used subtly, to give some variation to a light, or overtly, to create distinct patterns on the screen.  The difference between cookies and gobos lies in their placement: cookies (the word is actually short for cucoloris) are put in front of a light and gobos (which stands for GO Before Optics) go inside the light itself.  Not all lights can accept gobos (since they need to be inserted into the light itself), but cookies can be used with any light source. 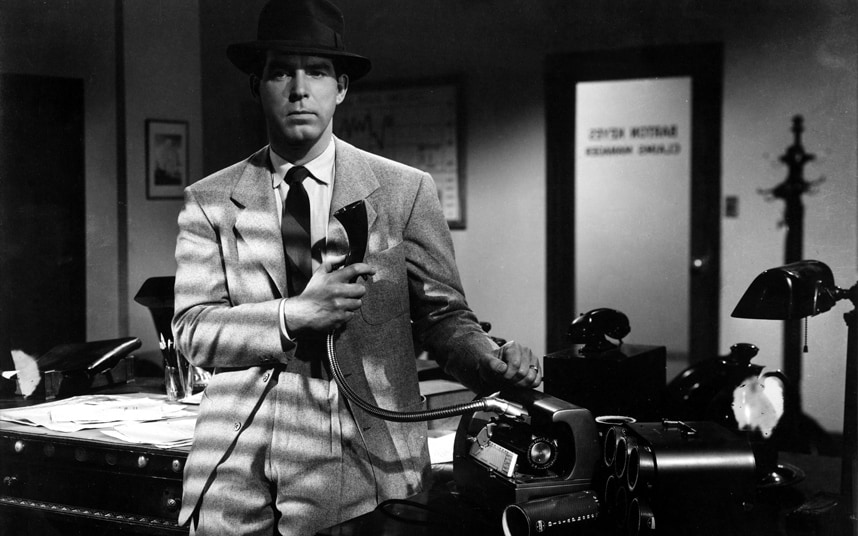 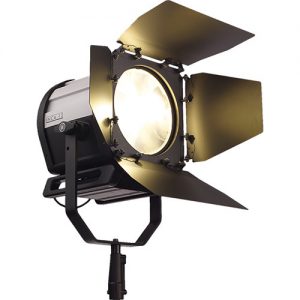 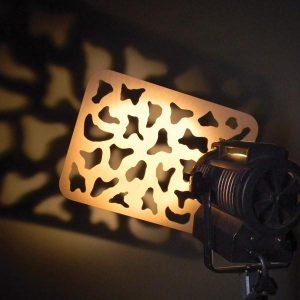 We talked last week about how color can be used to reinforce the themes, aesthetics, and psychology of a scene.  Continue thinking about color as we look at different genres and styles.  How is the color palette of a western different from a horror film?  What are the similarities and differences between a thriller and a science fiction film?  Or a period piece and a romantic comedy?If you are looking to emulate a certain style of film, it’s important to emulate its color palette. 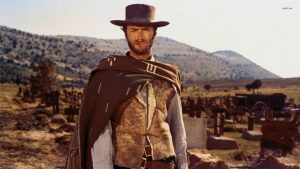 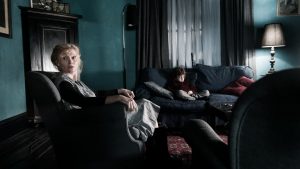 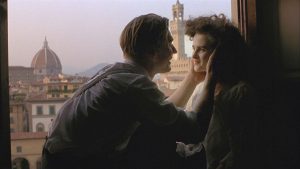 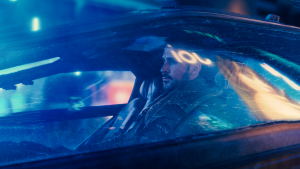 We have tools such as gels, color-adjustable lights, and reflectors to manipulate color, as well as basic production choices such as location, wardrobe, and what practical lights are in the shot.  We can also completely change the lighting in a scene using fog or haze.

Fog and haze are technically different, but they can be used to achieve similar results.  Fog is the less expensive option; it creates a more dynamic, less uniform effect than haze.  Both can be used add (literal) atmosphere to a scene.

The obvious use for fog and haze would be something dark and moody like horror or science fiction.  While fog can be great for that, it can also be used to give shots a bright, dreamy quality.  Fog softens and diffuses light, so it can be used in almost any situation, as long as it’s sufficiently spread out.  Fog can give a soft glow to a romantic scene or add swirly mist to a gritty drama – it’s more versatile than you might initially think.

Here are some tips on using fog from Film Riot:

We have a fog machine that can be checked out – just remember, this fog can absolutely set off a smoke detector.  You can also purchase canned fog, if you need something more portable.

The next project will be done in two groups of three; you can divide up however you choose.  Each group should create three video clips between 10 and 30 seconds each – each one emulating a different genre style.  You should not do any editing or color correction to the clips and they should all be in color.  Your goal here is to capture different looks in camera.

Think about contrast ratios, color palettes, locations, and practical lighting as you work on this project.

This is due by 10pm on March 1.  You can submit work to me at dan014@bucknell.edu via WeTransfer.